We are leading transformer manufacturers in India,

A transformer is a static electrical device that transfers electrical energy between two or more circuits through electromagnetic induction.

There are several types of Transformer used in the electrical power system for different purposes, like in power generation, distribution, transmission and utilization of electrical power.

There are seven categories of the transformer that are made for different purposes.

In core-type transformer, windings are cylindrical former wound mounted on the core limbs as shown. The cylindrical coils have different layers and each layer is insulated from the other. Low voltage windings are placed nearer to the core, as they are easier to insulate. Sell type Transformer. The coils are former wound and mounted in layers stacked with insulation between them.

A shell-type transformer may have a simple rectangular form or it may have a distributed form.

2. According to Core Medium.

The primary and secondary windings wound on the non-magnetic strip where the flux linkage between primary and secondary is through the air. The mutual inductance effect is less in the air-core compared to the iron core i.e. the reluctance offered to the generated flux is high in the air medium whereas in the iron core it is less. But the hysteresis and eddy current losses which are dominant in iron core type are less or completely eliminated in air-core type transformer.

The primary and secondary windings are wound on multiple iron plate bunch which provide a perfect linkage path to the generated flux. It offers less reluctance to the linkage flux due to the conductive and magnetic property of the iron. These are widely used transformers in which efficiency is high compared to the air core type transformer.

3.According to Voltage Level.

These are the most commonly used transformer types for all the applications. Depends upon the voltage ratios from primary to secondary windings, the transformers are classified as, step-up and step-down transformers.

4.According to the type of supply.

5.According to Their Use.

According to the necessity, these are classified as the power transformer, distribution transformer measuring transformer, and instrument transformer. Power Transformer. A transformer located directly next to a power plant is called GSU Generator Step-up Unit. A GSU transforms the electric power from the medium voltage of the generators to the high voltage transmission level.

To balance power flow between parallel power lines, phase shifters can be used.

A current transformer is an electric device that produces an alternating current in its secondary which is proportional to the AC current in its primary.

Voltage transformers also called potential transformers PT, are a parallel-connected type of instrument transformer. They are designed to present negligible load to the supply being measured and have an accurate voltage ratio and phase relationship to enable accurate secondary connected metering.

7.According to the Place of Use. 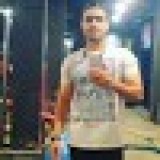